Amazing vegan options can be found in some of the most unexpected places. International and specialty grocery stores harbor treasure troves of vegan food that, more often than not, are vegan by mere happenstance. Kosher groceries are often a hidden gem for vegans, because of the convenient overlap between kosher law and vegan food guidelines*. When my husband and I lived in the largely Orthodox/Hasidic neighborhood of Crown Heights in Brooklyn, we fell in love with the local kosher grocery stores and their massive sections of vegan ice cream cakes, ice cream bars and cones, chocolates, and frozen foods. It was a veritable playground of non-dairy goodness, and all of it could be ours! We figured that although Austin isn’t known for its Orthodox scene, we could probably score some pretty decent finds at the local kosher section at the HEB in Northwest Hills.

HEB has only one location in Texas with a kosher section. A cashier informed us that people travel from all over the world to marvel at their selection of kosher goods. We were pretty sure that people (who happen to keep kosher) travel from all over the world to see Austin, and head to the HEB because of limited Kosher options elsewhere in town – but you never know, it really could be a travel destination for kosher people around the world. 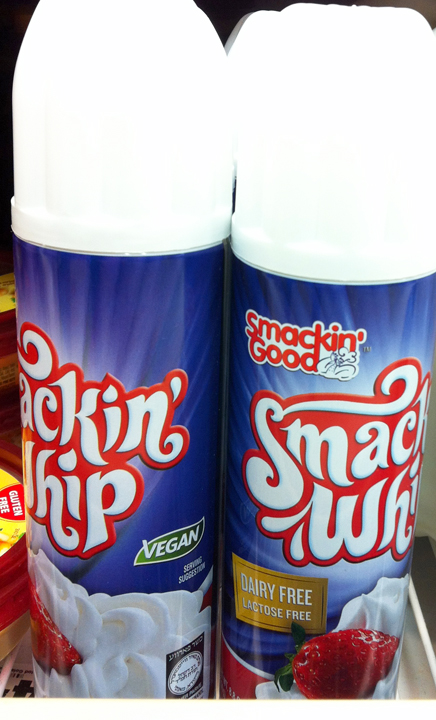 The kosher section is located at the front of the store near the cashiers, though there are also kosher products sprinkled throughout HEB, just like at any normal grocery store. The kosher section includes a deli with a seating area, but the selection at the deli is very meat heavy and offers next to nothing for vegans. We were more interested by the grocery portion, which offered various kosher frozen foods and pantry items.

It came nothing close to comparing to the choices available at the stores in Brooklyn, but there were still some highlights, including: eggplant cutlets, potato knishes, pierogies, falafel, tofutti cheese, potato cigars, vegetarian kibbeh, organic grape juice, chocolate spread, chocolate chips, and the pièce de résistance – giant tubs of Klein’s non-dairy ice cream and vegan canned whipped cream! So if nothing else, head to the kosher HEB and have yourself an ice cream party!

*For those who aren’t familiar – kosher food adheres to a strict set of Jewish dietary laws known as “Kashrut” that regulate everything from what you eat, to how you eat it (if you thought being vegan was hard – try keeping kosher). The regulations can be incredibly long and complicated (oy vey!), so we’ll just break down the parts that would matter to a non-kosher vegan: Under kosher law, you can’t combine meat and dairy in the same meal. This leads to labels that help a vegan out: If an item has a “parve” or “pareve” label on it, then that item contains no meat or dairy (eggs, fish, and honey count as neither meat nor dairy, so vegans still need to watch out for these ingredients). A product that carries a “kosher dairy” label won’t contain any meat or meat derivatives – though it doesn’t necessarily contain any dairy either, as it may just be from a factory that processes dairy.

Knowledge is power – and now you have the power to get your vegan parve on! Go forth and nosh on some super delicious kosher vegan treats! 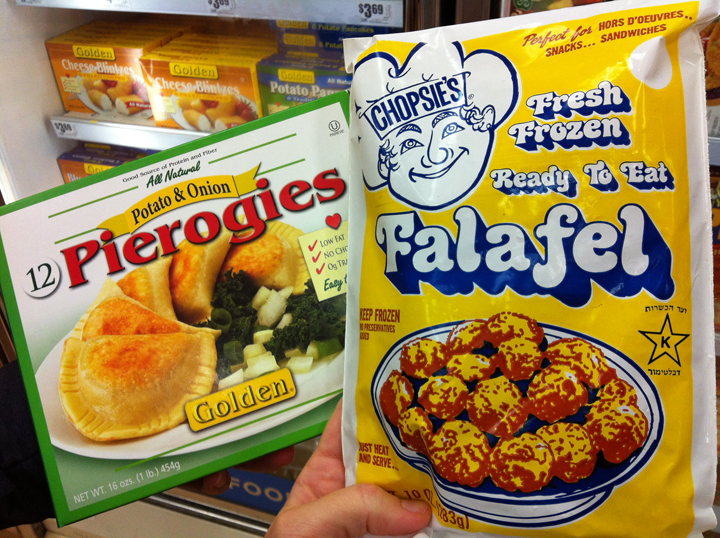