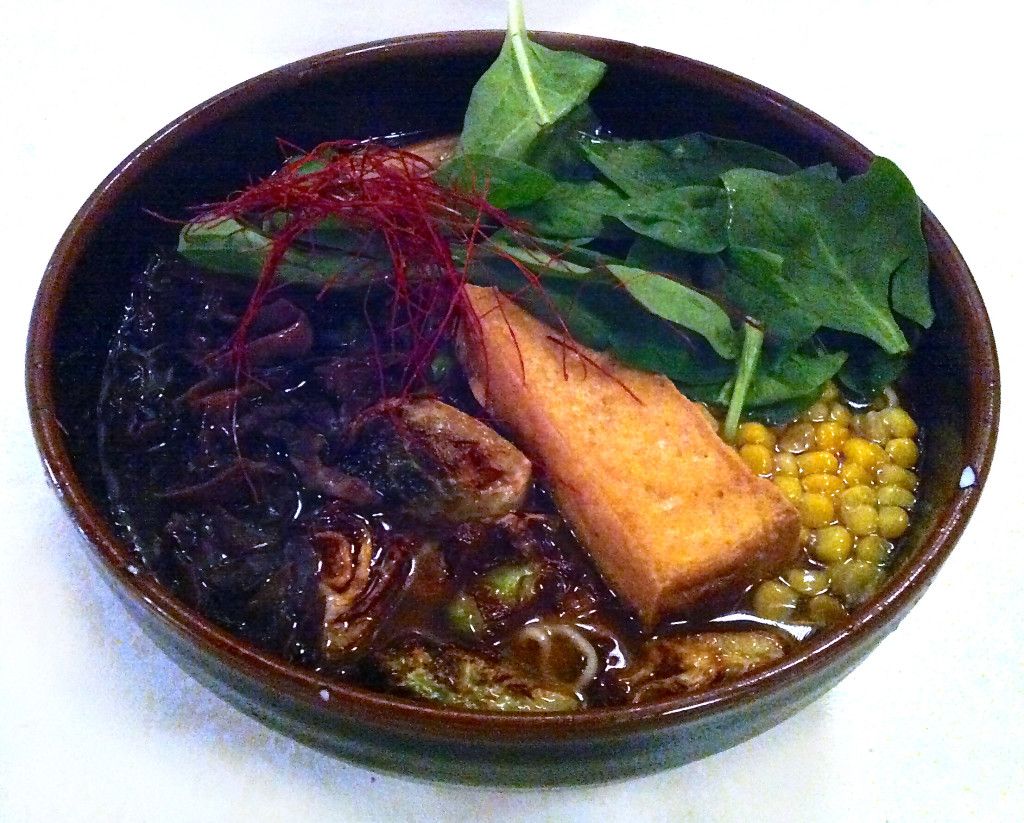 Ramen must be the new it-food, because it’s all I’ve been hearing about lately. Luckily, vegans are not being left out of this growing food trend. Austin’s got not one, but two vegan ramen options in town! 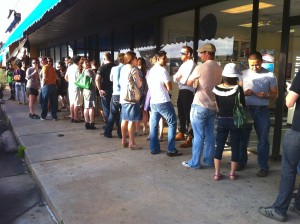 The first vegan ramen we decided to get our hands on was at Ramen Tatsu-Ya. Only available on Sundays, and sold out within hours of opening, the vegan ramen at Ramen Tatsu-Ya was phenomenal. The ramen consisted of a soy-based vegan broth, shredded red pepper, spinach, tofu, brussels sprouts, corn, menma (pickled bamboo shoots), woodear mushrooms and of course noodles! The line outside was daunting, but we were so glad we braved the half hour long wait, just to get inside this little ramen shop. 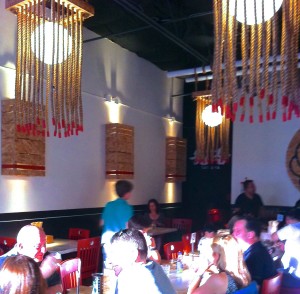 Once inside this adorable and modern restaurant, we were ushered down the line to order our drinks first. There was a bevy of imported drink options including green tea, unique sodas, and japanese beers (Barnivore tells me that both Sapporo and Asahi are vegan friendly)! With drinks in hand, we made our way to the cashier, who helpfully informed us that the vegan items on the menu include the edamame, the veggie ramen, and the cocopioca (a coconut tapioca dessert). A vegan appetizer, entree, and dessert option! We were sold. 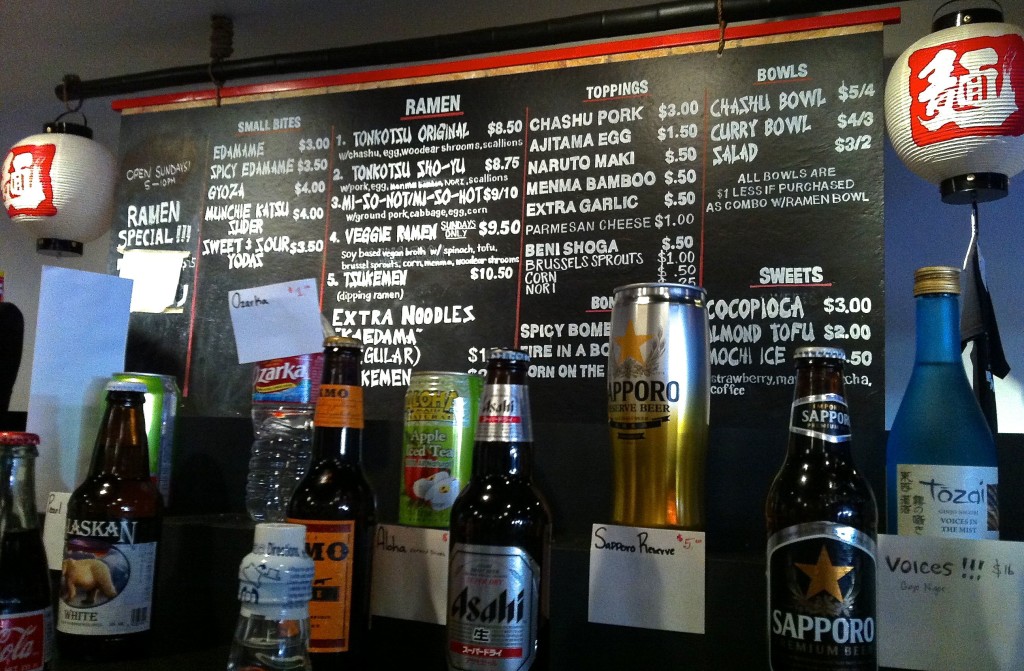 Once our orders were placed, we were given a number and assigned a table. A short while later, our steaming bowls of ramen arrived. We tucked into our delicious food, and quickly realized why people take their ramen so seriously. The broth was the perfect temperature, the vegetables were still crisp, and the noodles were al-dente.  I finally understood why they don’t offer take-out – the noodles would go soggy. It all started to make sense as to why people were willing to stand in a long line, not begrudingly, but with an air of excitement, like we were waiting for a ride at Disneyland. I happily became a ramen convert. 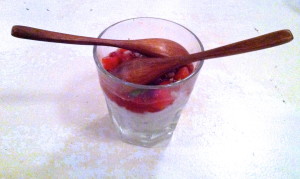 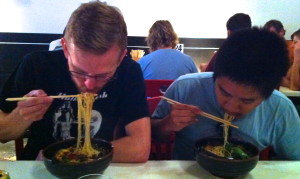 For those looking to experience Ramen Tatsu-Ya themselves, take a moment to become acquainted with Ramen protocol (taken from the Ramen Tatsu-Ya online menu), then go forth and enjoy!

Update 4/15/13: We headed back to Ramen Tatsu-Ya yesterday, to get our hands on some more delicious ramen, and learned that the salad is vegan (though it may contain non-vegan sugar), and that if you’re even remotely a garlic fan, you should order the extra garlic option. It’s a ton of garlic (enough for two or three people) that comes in a little box with its own garlic press, and it’s the perfect addition to an already amazing bowl of ramen. We also were able to confirm with Ramen Tatsu-Ya that the ramen noodles are indeed vegan, though they did mention that the Brussels sprouts and tofu were fried in a communal frier, so while they did not taste of any animal products, if the idea of that bothers you, feel free to order the ramen sans those two toppings.