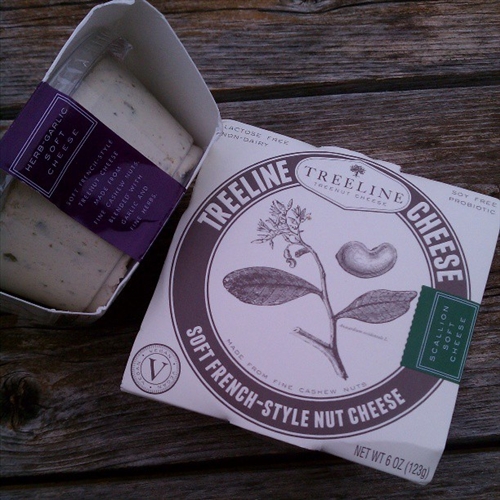 – Longing for vegan goat cheese? I’ve heard from a reliable source (someone who eats goat cheese), that Treeline nut cheese available at Rabbit Food Grocery is a pretty spot-on replacement. With scallion and herb-garlic flavors of French-style soft cheese to choose from, you’ve got a pretty amazing spreadable cheese option in town.
– Guess what’s also now available from Rabbit Food Grocery? Tofurky artisan sausages and Eco-Planet toaster pastries!! So excited to get my hands on these. 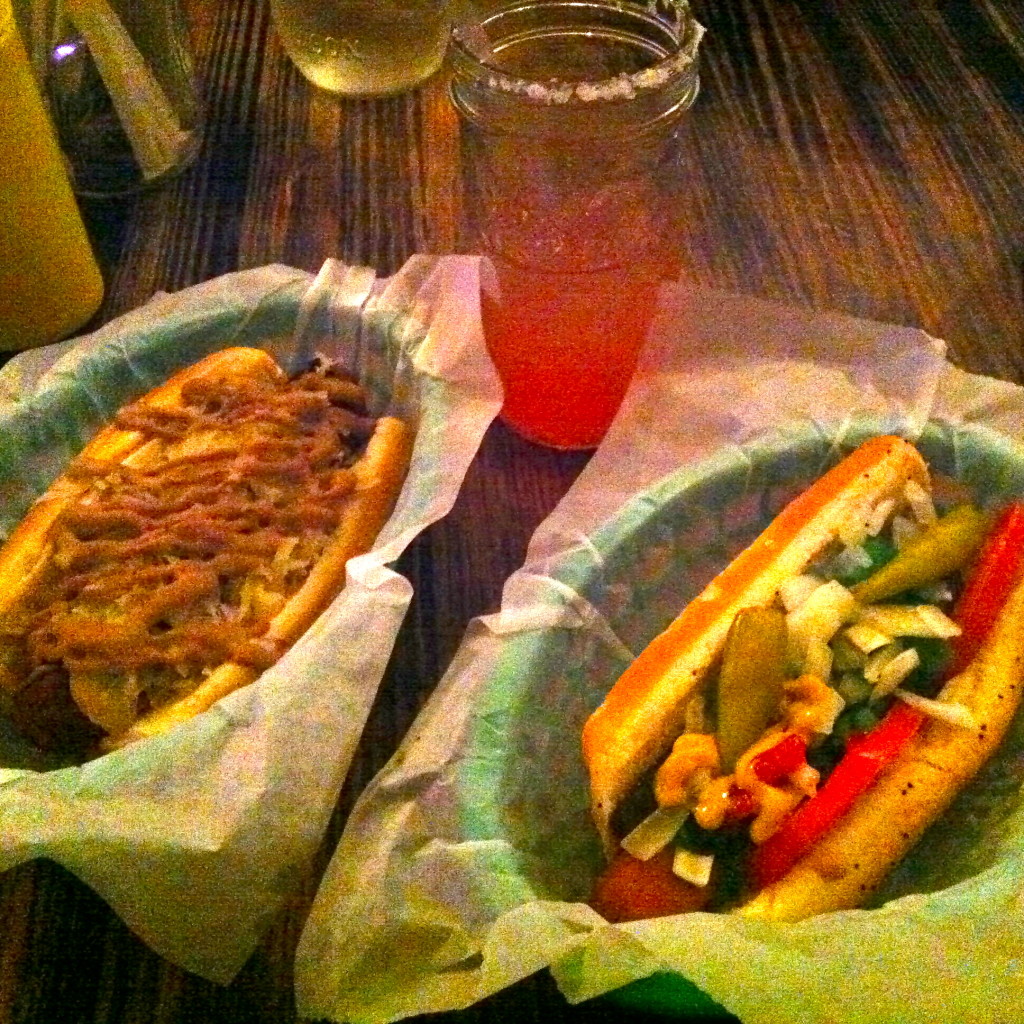 – Frank was already one amazing vegan-friendly hot spot with vegan hot dogs, sausages, chili, baked beans, etc, but they’ve upped their game with vegan cheese! You can now add Daiya to whatever you want. Chili cheese dog anyone?
– Little Rosedale neighborhood joint Daisies Café offers a vegan “Hippie” Dog and Mindy Burger. Hooray for vegan options in the least obvious spots!
– Earthlings Frozen Delites vegan ice cream is available at East Village Cafe. This is a new brand of ice cream to me, so I’m looking forward to checking it out.
– Did you know Austin Ale House had vegan options? I sure didn’t. You can find the spoonis vegan scramble on their lunch/brunch menu. 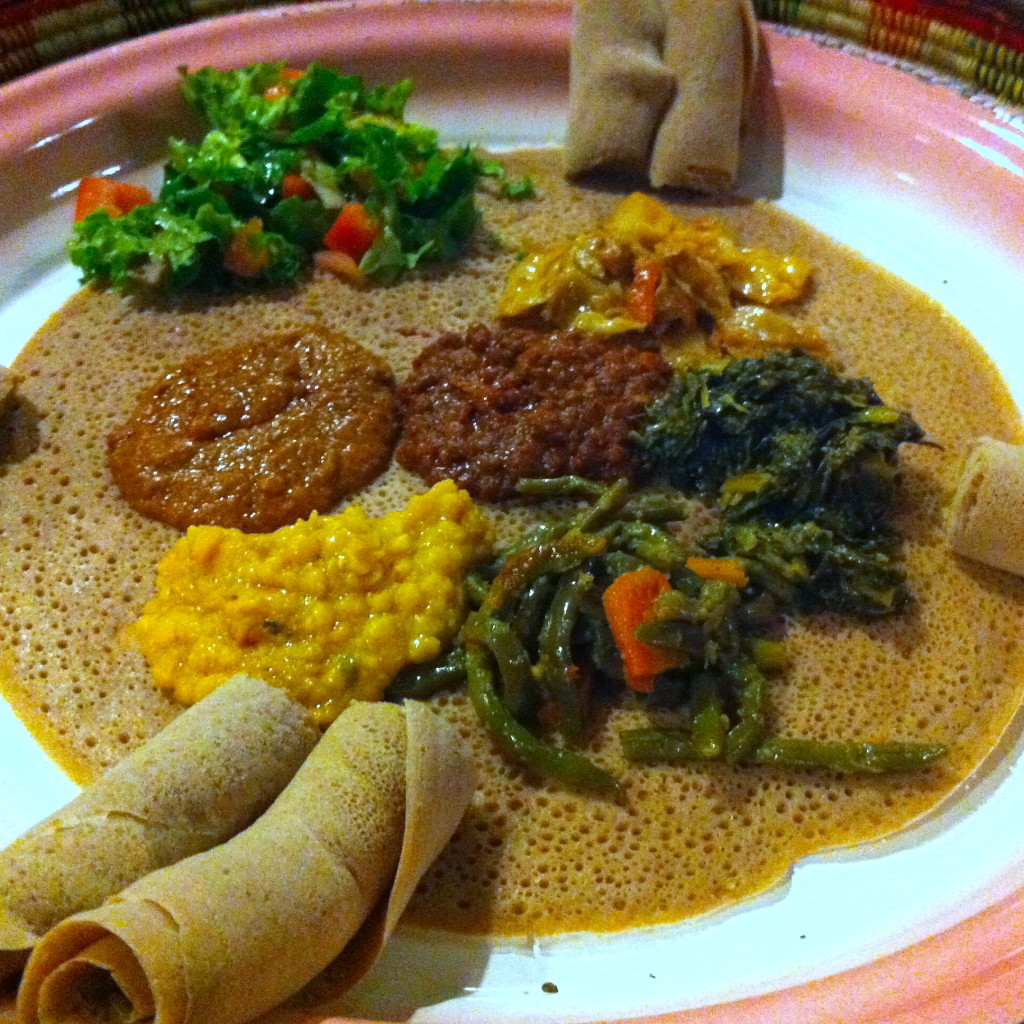 – Curra’s, the incredibly popular Mexican restaurant, has opened a trailer on the East Side (1200 E 6th St) and they feature Food for Lovers vegan queso. Aptly named “Kelly’s Hipster queso”, we vegans who hang out on the East side now have yet another awesome option!
– A new Ethiopian restaurant has opened just off of I-35 and 290 named Habesha. It’s occupying a large space that has clearly been recently remodeled, with tons of seating and a nice bar. It would be a great place to throw a big party. Time for a meet up?
– Another one bites the dust: the most vegan friendly food court is no more. The developers gave the carts a one week notice, and while Conscious Cravings and Capital City Bakery have found new locations already, it looks like Moses Falafel may take a while to re-open, if they do at all. 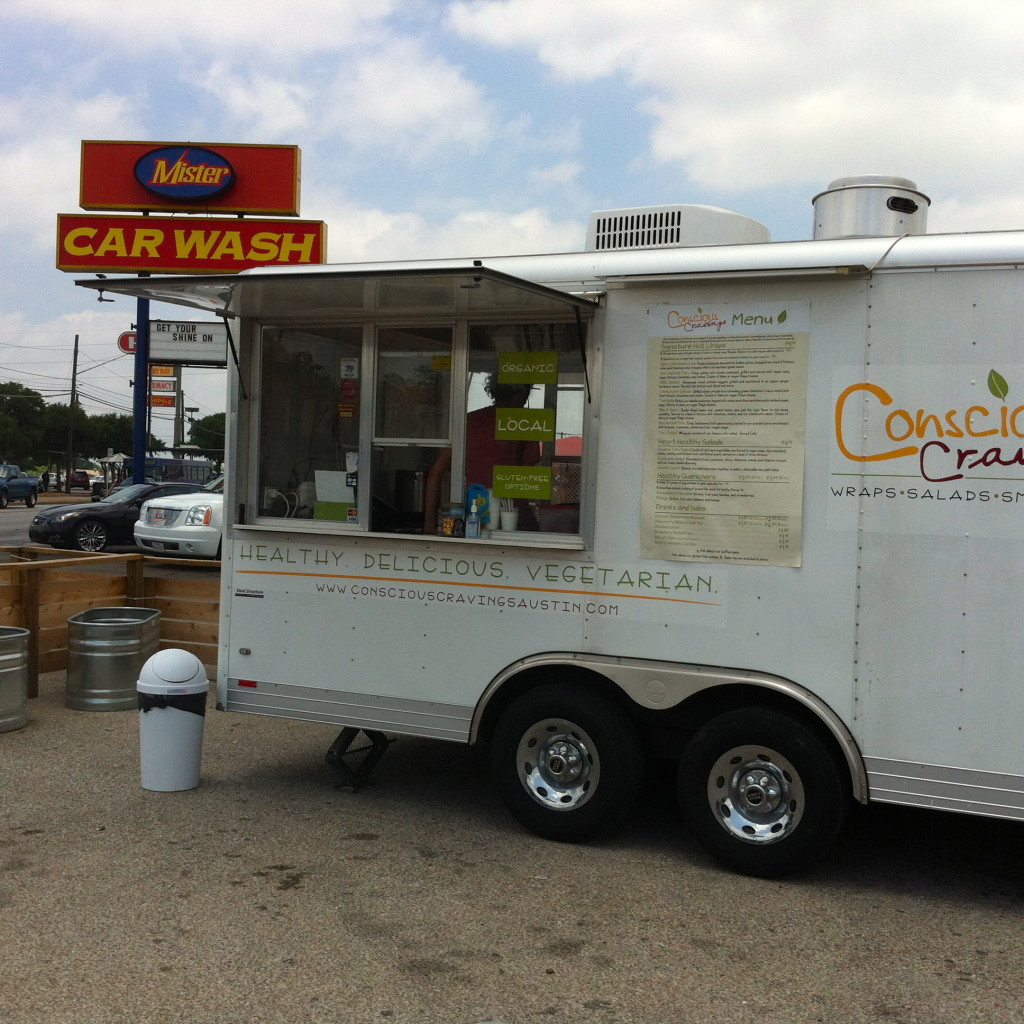 – Conscious Cravings’ new location is at Burnet and Koenig, right next to Mister Car Wash. We decided to check out their new location, and the car wash. We dropped our car off, ate lunch, then picked up a shiny clean car. I couldn’t have been more pleased with both.
– Capital City Bakery’s new location is in the Soular Food lot at 12th and Waller, next to The Vegan Yacht. Grab a coconut water and sandwich to go along with your cupcake.
– The South Congress food court is also closing, and Nomad Dosa has moved to 2512 Rio Grande St, just west of UT. So UT folk, at least there’s a bright spot in what is otherwise a huge loss for the area.
– The best part about summers in Austin is getting late night ice cream at Sweet Ritual! They have extended their hours, and now close at 10 PM Sunday-Thursday, and 11 PM on Friday and Saturday. In the mood for food and ice cream? Grab their ice cream at Mother’s, Bouldin Creek Cafe or the Hideout Theatre.

Events:
– Counter Culture is celebrating the Dog Days of Summer Thursday, May 23rd, with corn dogs and dog treats! Grab your pooch and head on down to the Counter Culture patio for some canine themed fun! 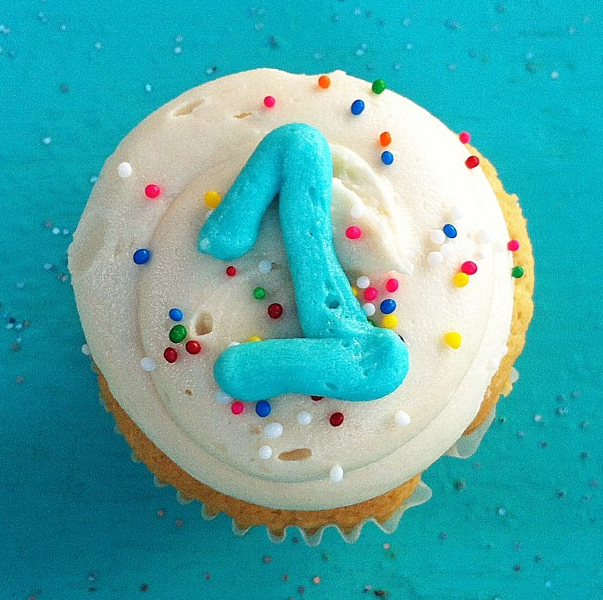 -Take all your Hippie stereotypes and roll them into one party, and you’ve got the Hippie Vegan Bull$#!* Event at Empire Control Room & Garage. Take part in the drum spheres, yoga classes, finger painting mural, t-shirt tie-dying, bean bag chairs, psychedelic projections, slack line demos and take advantage of the skateboard valet. Find all this and more at this free, family-friendly event on Saturday, May 25 from 12pm-7pm. Peace!
– Capital City Bakery’s 1st Birthday is June 8th from 12pm-2pm. Celebrate with free confetti cake and ice cream from Sweet Ritual. 10% of sales and all tips go to Austin Pets Alive. 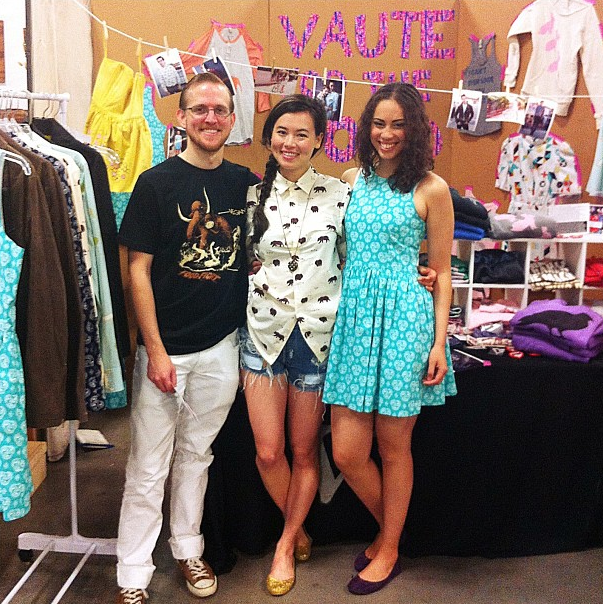 – Vaute Couture was in town last weekend for the Renegade Craft Fair. If you missed out, you can still get your Vaute on with the online discount code VAUTEAUSTIN1 for $10 off on collection pieces, and VAUTEAUSTIN2 for $3 off for any casual tops, through August 15th. Vaute Couture will also donate an amount equal to your discount to Vegans Rock Austin. I placed an order for their adorable “FOR THE LOVE OF DOG ADOPT” tanks. Can’t wait for it to arrive!
– I’m a huge fan of elaborate Austin Vegan Guides. They take forever to make, but in the end, they’re so worth it. Lone Star Plate has come up with my favorite guide so far: Cheap Vegan Eats in Austin. There were so many options I’d never even heard of. Who says being vegan is expensive?
– We all already knew that Austin is the best, but now PETA and Sir Paul McCartney are making it official by presenting Mayor Lee Leffingwell with a “Most Vegan-Friendly City in the U.S.” award! McCartney writes of our city: “The influx of forward-thinking musicians and techies, the thriving university, and the food trucks all over the city run by young veg-friendly hipsters have made Austin the absolute cutting-edge place for green eating.”
– Vida Vegan Con is upon us, and we’re so excited to check it out this year! We have a huge Austin contingent in attendance, with The Blissful Chef, Capital City Bakery, Joanna Vaught, Lazy Smurf, Lone Star Plate, Vegans Rock Austin, and yours truly all making the trip to Portland to represent our awesome city!