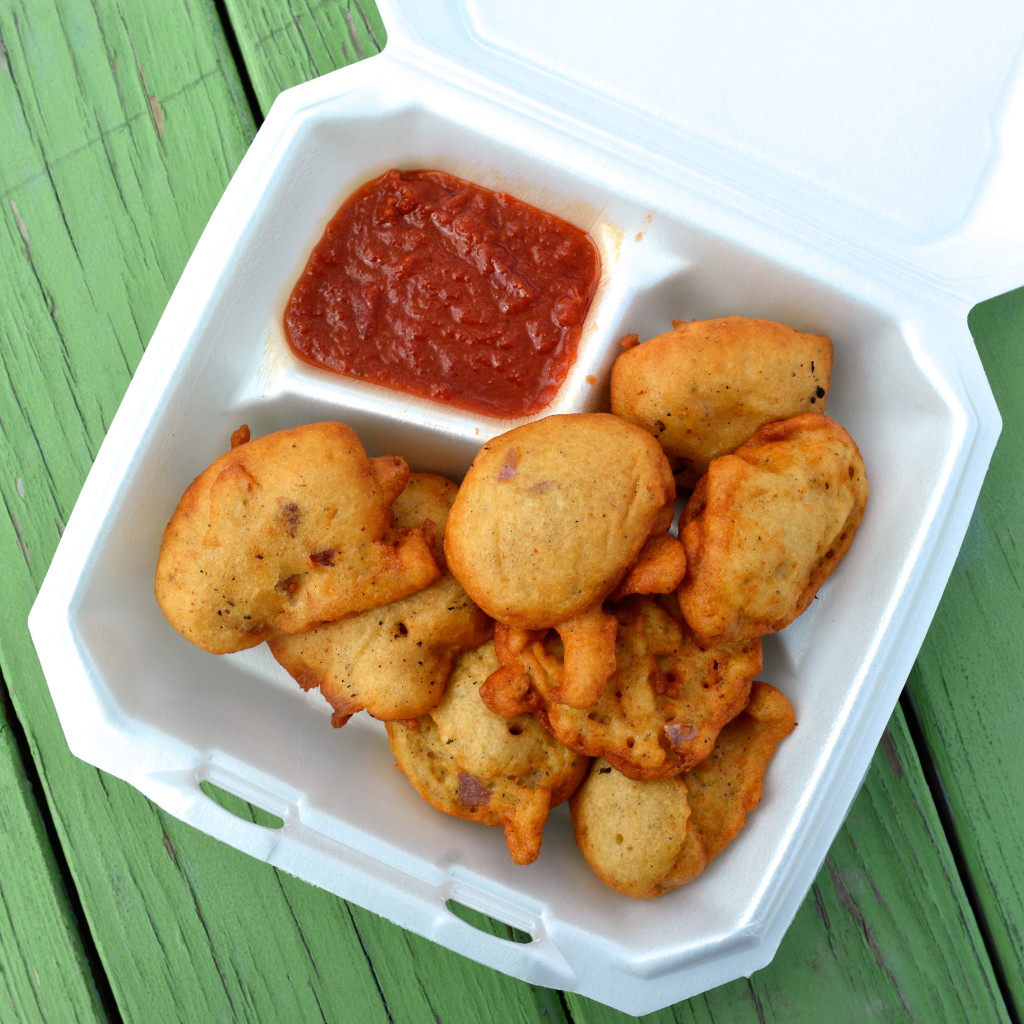 If you’ve been paying attention to this series so far, you may have noticed that we tend to have a thing for deep fried food. There’s probably no better example of this than the akara from Wasota African Cuisine. Perfectly crispy on the outside and fluffy on the inside, these delicious black-eyed pea fritters are available either on their own, as part of the Wasota Platter (a great way to sample some of the different flavors of West African cuisine), or in a slightly larger form as the patty in the veggie burger. The stand-alone akara plate comes with their tasty Benin sauce for dipping, which can be made as mild or spicy as you like. However you end up ordering your akara, each bite will leave you wondering why anybody ever bothers to cook anything else.

West African food is traditionally very vegetable-heavy, and as a result, most of what is offered at Wasota is vegan. There are a lot of excellent dishes to choose from: one of our favorites, besides the akara, is the egusi soup, a flavorful spinach soup named after the ground egusi seeds used as a thickener, served with fufu, a West African staple made from mashed yams (it reminds us a bit of starchy mashed potatoes). Everything on the menu, except for the Wasota Platter, costs between five and seven dollars, so between that, and the ridiculously generous portions (either bring a serious appetite, some friends, or be ready to take a lot of food home), Wasota is one of the best places in town to get delicious, fresh vegan food on a budget. 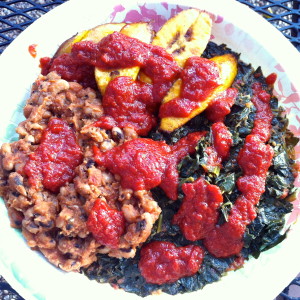 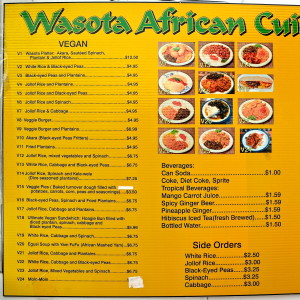 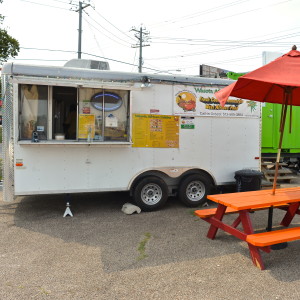 If you’ve been in Austin for a while, you may recognize the owner of the trailer, Lawrence Eguakun, formerly of the much-beloved World Beat Café, which sadly had to close its doors in 2006 when Lawrence was diagnosed with cancer. Luckily for us, after several years in remission, Lawrence was able to open up Wasota in 2011. If you’ve been to the trailer before, note that it has moved twice from its original location on South 1st street: first to the SoLa-Bluebonnet lot on S. Lamar, and more recently to 1112 E 11th Street, sharing a lot with Nice-N-Ful. Whether you’re a seasoned aficionado of West African cuisine, or you’ve never heard of Jollof rice, check out Wasota for a meal you’re not likely to forget.