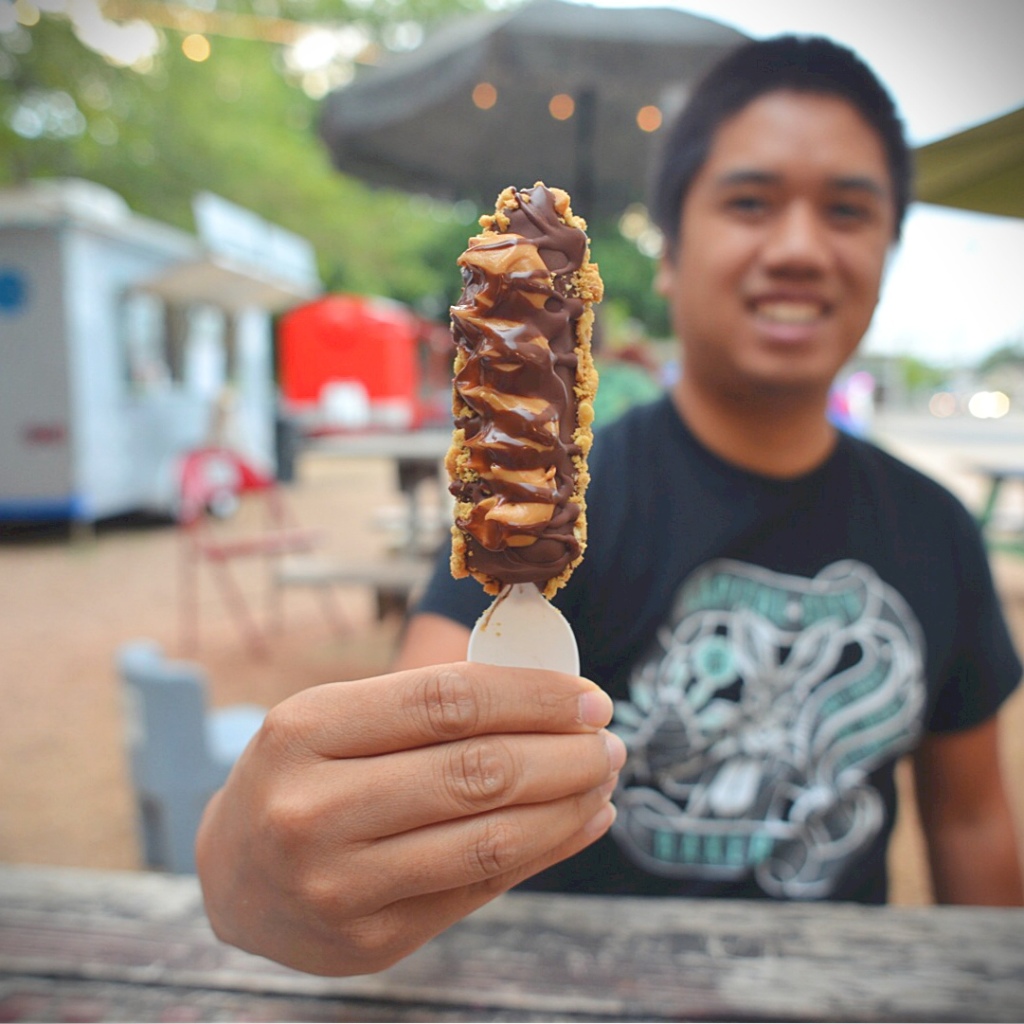 Eating a plain banana can be pretty boring, but freeze it, and douse it in chocolate and nuts – and we’re sold! It’s a simple but powerful transformation that the banana artists at Bananarchy have mastered. Fans of Arrested Development (a hit TV show, for those of you who have been living under a rock), will be happy to find that this banana stand is peppered with references from the show. While it’s no visit to Bluth’s Original Frozen Banana Stand on Balboa Island, you won’t be disappointed at Bananarchy, the revolutionary dessert trailer in South Austin. 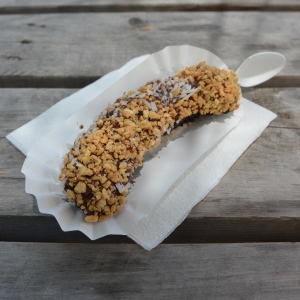 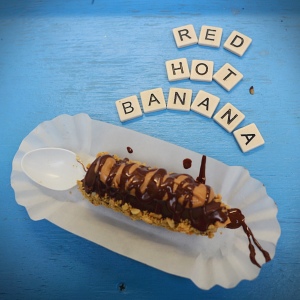 Ordering your banana is a simple, three-step process: first, decide whether you want half a banana or a whole one; next, pick whether you want it dipped once or twice (in vegan chocolate for us vegans); and finally, take your pick of toppings. The nuts, oreos, coconut, and cinnamon toppings are all vegan, and are labeled as such on the menu board. Bananarchy also runs specials that are sometimes vegan-friendly as well. On our most recent visit, we tried the vegan-friendly chocolate peanut butter pie special: a banana dipped in chocolate, rolled in graham crackers and nuts, and topped with organic peanut butter and chocolate drizzle. Yum! 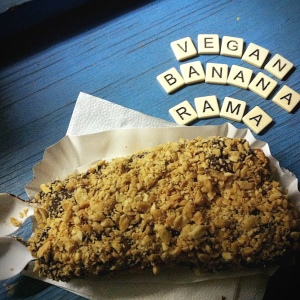 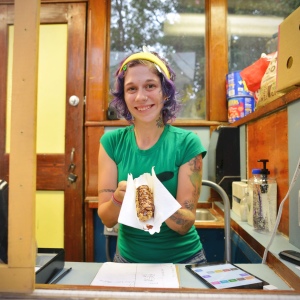 If you’re in the mood for a ton of food, try to finish off the biggest, baddest banana on the menu – The GOB. Pronounced Jobe, this massive, two-banana monstrosity is something the likes of which G.O.B. himself would order: double-dipped, with extra nuts, and with two sticks to support it all. Beyond Arrested Development references, you’ll also notice that Bananarchy has a few other funky little quirks up its sleeve. For example, the stick that supports your banana and gives you a handle to grab onto is also a spoon, which is very convenient for picking up any pieces of chocolate that fall off as you’re eating. Look closely, and you’ll see that the friendly bananarchists inside the trailer always proudly wear a spoon strapped to their heads. 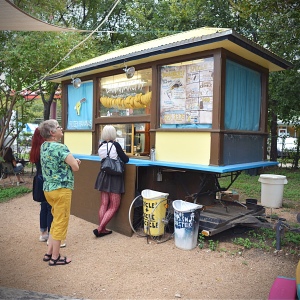 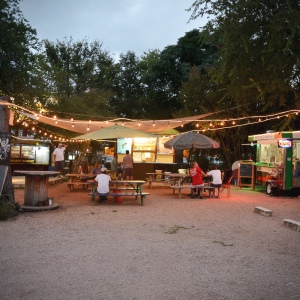 Bananarchy takes their frozen bananas pretty seriously, sourcing them from socially responsible suppliers like Turbana and EARTH University. You can find these yummy frozen desserts at the South First Food Court at South First and Live Oak – right next to Pulse Vegan. Bananarchy is open seasonally (typically closing at the end of October and reopening early March), and also closes whenever it’s not banana weather outside. So be sure to check social media before heading over, and remember: there’s always money in the banana stand.