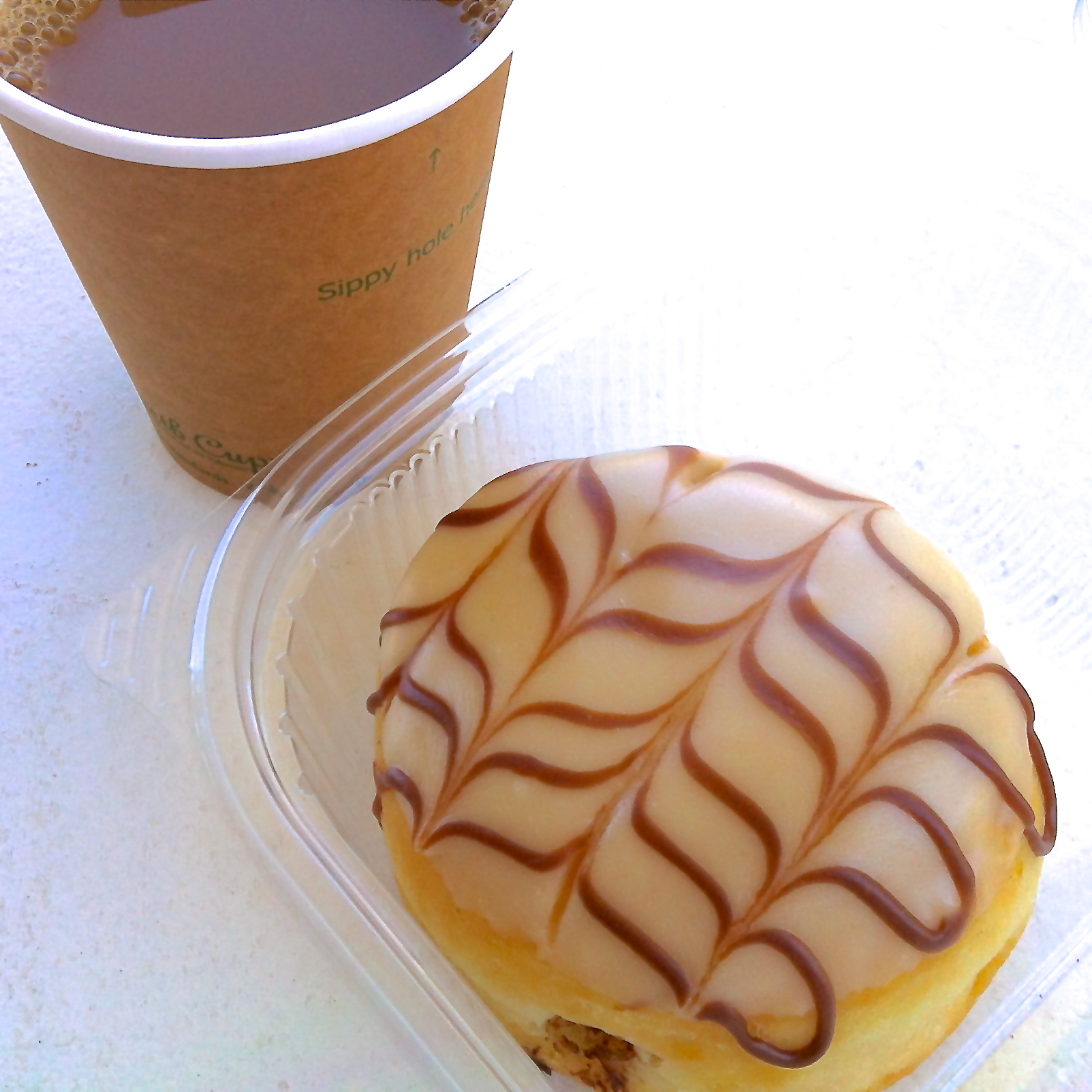 Best. Donuts. Ever. Yeah, I said it. I know them’s fighting words, but I’ve had my fair share* of vegan donuts around the world, and I mean it. Red Rabbit Cooperative Bakery’s donuts are legit raised donuts that are light and airy on the inside, and chewy on the outside. They walk the line perfectly between being unique and gourmet, without straying too far from the traditional donuts we all know and love. They’re the kind of donuts that get you excited to wake up on a Sunday, and actually leave the house.

Of all the amazing donuts that Red Rabbit Bakery makes (they’re all vegan!), I keep coming back to the Austin cream pie. It’s a take on the classic Boston cream pie, but with the flavors switched up – a vanilla glaze on the top, and rich chocolate mousse filling. I love the Austin cream pie a lot, but my love doesn’t stop there. The apple fritters are top notch, and on many occasions the rotating flavors blow me away as well. Did you have a chance to try the strawberry cheesecake? How about the peanut butter and jelly or the spicy Thai glaze? They were all ridiculously fantastic. I’m such a fan girl, I get sad when I go out of town and miss a seasonal flavor. Key lime pie. Missed that flavor, and still kicking myself. 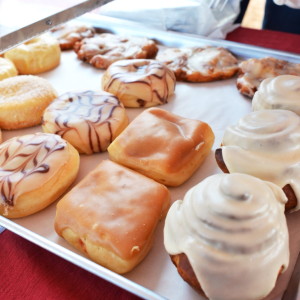 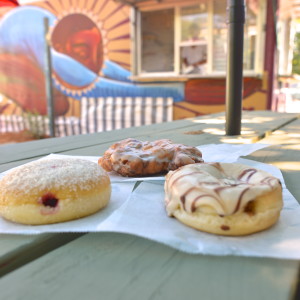 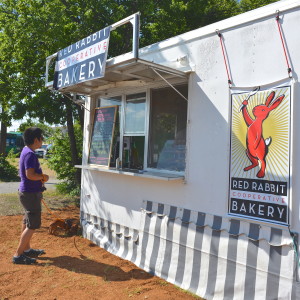 As if Red Rabbit Bakery wasn’t already awesome enough, they also make sure to source local ingredients, and are a worker-owned cooperative. They’re found in coffee shops around town, and at Wheatsville. Like all donuts, they’re best enjoyed at their freshest, so I highly recommend finding them at the farmer’s market, or just after they’ve been delivered. They can sell out quickly, so to ensure that you get the donuts you want, place an online order for pickup by 5pm the day before. Most importantly, keep checking social media (Facebook, Twitter, etc) for the latest flavors. It’s a sad, sad day when you realize you’ve just missed out on an amazing donut (see you next year, key lime pie donut!).

* Side note: I’ve just realized how dramatically vegan donut options have changed in the last few years. I remember the days when I would fly to Vegas just to get some Ronald’s donuts (and bring suitcases home full of them). Now it seems like every major city has at least one vegan donut shop, and I’ve personally tried at least a dozen different bakers’ vegan take on this classic. In the end it really doesn’t matter who does it the best, because what’s really important is that we have so many incredible options!