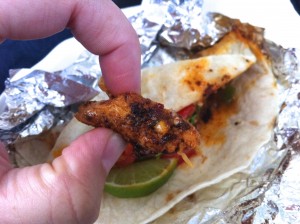 – Have you heard about the magical new vegan chicken from Beyond Meat? Supposedly it’s such a good mimic, it even tricked Mark Bittman at the NY Times. Well, now you too can try it! Grab a jalisco taco at The Vegan Nom, and try your tastebuds at the latest vegan wondermeat. The Vegan Nom is the only place in town that has it for now, but something tells me it’s going to be everywhere very soon. [Edit: The Vegan Nom doesn’t have a regular supplier for Beyond Meat: sometimes they have it, sometimes they don’t.] 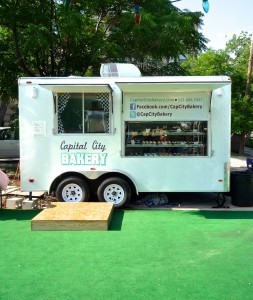 –  Did you catch the episode of Unique Sweets featuring Austin’s very own Capital City Bakery on the Cooking Channel? If not, catch one of the rerun episodes listed here. The episode featured an insanely delicious looking massive peanut butter cup. They are always available by special order, so order your very own to experience the magic.

– From the makers of La Condesa comes a new “modern Australian-style Thai” (?!?) restaurant on S. 1st called Sway. According to Crystal over at Vegan Explosion, Sway has a really vegan friendly menu, and a knowledgeable staff to boot. Considering how much I love La Condesa (and their secret vegan platter), I’m super excited to try Sway! 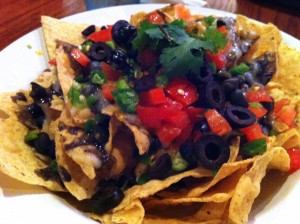 – Austin Java is trying out a new concept in Tarrytown with an all vegetarian restaurant. They had a few bumps along the road upon opening, but I’m hoping that we see great things from them going forward. If you have a chance to try them out, let me know what you think.

– Is it just me, or is there a new juice shop location opening up everyday? I can’t keep up. The latest addition is a new Juiceland location tucked away at Spider House off of Guadalupe near 29th. It’s the perfect location for all you UT students to grab a snack and hit the books. 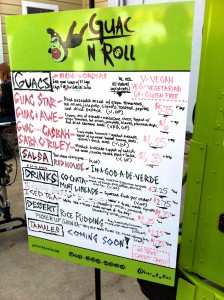 – Guac and roll is the latest veg addition to Austin’s growing food truck scene. But this truck is a little different, because it actually moves! Not tied down to one location, you may be seeing this truck all over town. So far it looks like you can find them on the weekends at Dane’s Body shop and Frontier Bar, but stay tuned to twitter to see where they land next. The menu is mostly variations on a theme, with a selection of guacamoles that you won’t find anywhere else – like a Moroccan guac with hummus and raisins. If you’re into avocados (and who isn’t?), then this is a fun place to try.

– Tamale House East just added the fabulous Food for Lovers vegan queso to their menu! Grab a plate of purple corn vegan tamales to go with your queso, and you’ll have yourself a delicious meal!

– There’s a new mostly-raw restaurant up in Round Rock called Premier Raw. I’ve yet to check out a raw restaurant that isn’t vegan friendly, but this place’s menu baffles me. I don’t quite understand what a raw restaurant is doing up in Round Rock, nor what a “raw” restaurant is doing with real (aka – not veg) fish and chicken on their menu… but it certainly looks different. If nothing else, I want to check out the decor… “These natural building materials act to create a wonderful, high quality quantum resonance within the space – truly a mini-retreat as you dine!” That’s quite the statement to live up to. If I find anything vegan here, I’ll report back. 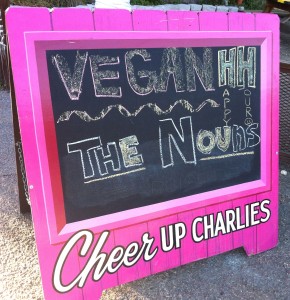 – Love Arlo’s, but hate waiting to get food till 8pm? Great news, Arlo’s is now open at 6pm! Which for us fuddy-duddies, is a much more reasonable dinner hour. Enjoy your burgers, and get to bed early too! Grab one tonight during ATX Vegan Drinks at Cheer Up Charlie’s!