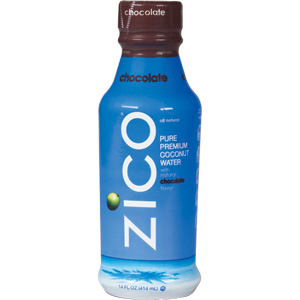 Every once in a while a product comes along that just blows me away. A friend pointed out Chocolate Zico in the grocery store the other day, and compared it to Yoo-hoo. I never liked Yoo-hoo, so I was skeptical at first, but Chocolate Zico proved to be amazing. It’s chocolatey, coconuty, salty, sweet – even my husband who doesn’t eat chocolate went back for extra sips. It’s magic in a bottle!

I’d been hearing about a couple of vegan honey alternatives for a while now, but hadn’t found any in Austin. That was until last week, when I found honey flavored agave from Sohgave at Wheatsville. It seems like this product has been out for a while, but maybe other people have missed its release like I did – or maybe it’s new at Wheatsville. Whatever the case may be, I’m glad I found it, and I’m sure you will be too. It’s perfect for adding to tea, making baklava, or drizzling over anything! Update: Rabbit Food Grocery now carries Bee Free Honee. I went from having no vegan honey, to having two vegan honeys – this must be my week! 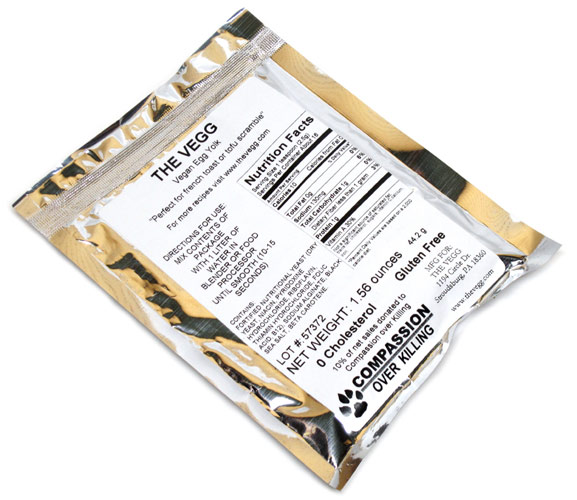 The Vegg – the world’s first vegan egg yolk – has finally been released. It’s available through Vegan Essentials, Pangea, Food Fight Grocery, and a host of other online groceries. It’s great for french toast, hollandaise sauce, frittata, custard, the list goes on. And 10% of the proceeds go towards our friends over at Compassion Over Killing! 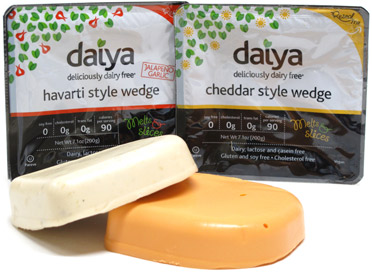 Magic melting vegan cheese maker Daiya introduced a new line of cheese wedges at Expo West, including a jack, cheddar and jalepeño garlic havarti style wedge. The line will launch April 1st – but at least one online grocery already has it in stock. I checked with Rabbit Food Grocery, Wheatsville and the downtown Whole Foods to see if they had any early shipments, but none of them currently stock it. Be sure to let me know if you see them around town – I can’t wait to get my hands on these babies and make vegan fried cheese sticks! Update: Wheatsville and the downtown Whole Foods have both started carrying the new Daiya wedges – yay!!