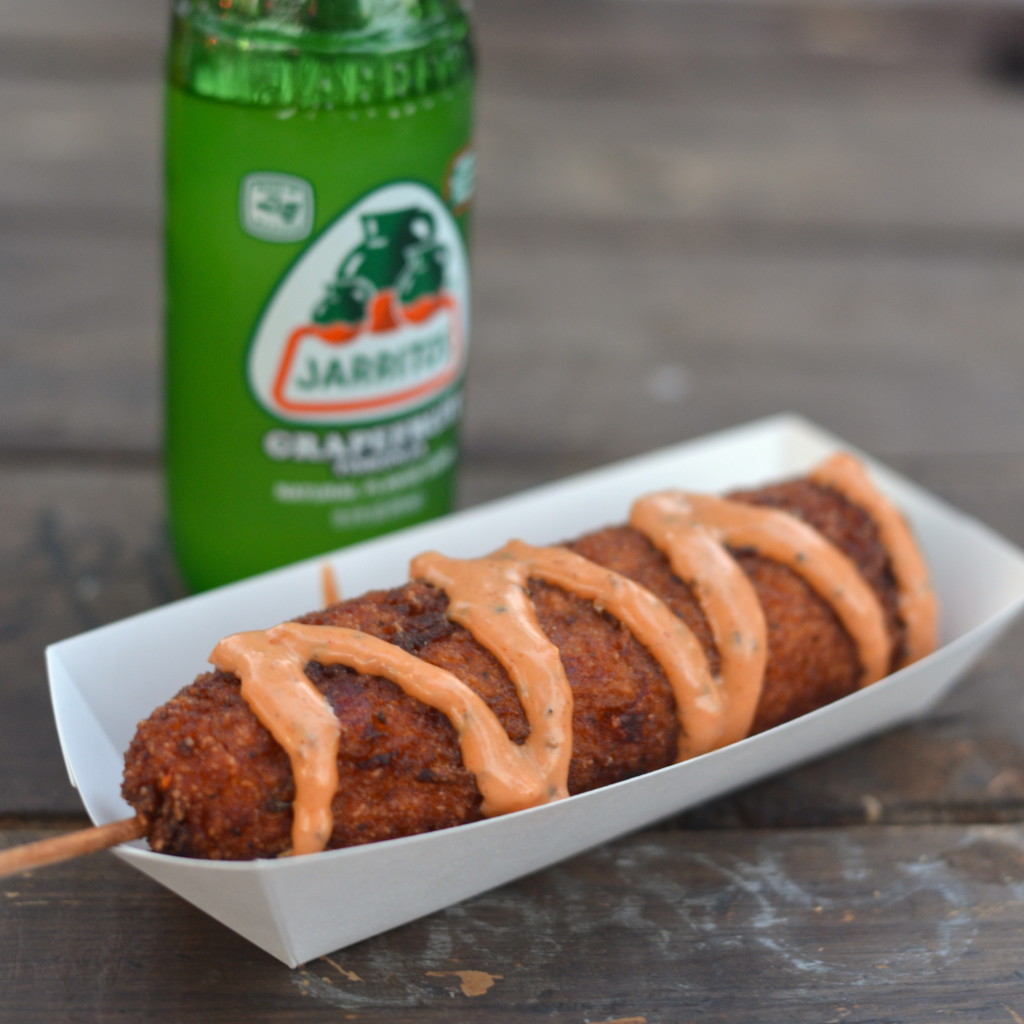 What happens when you throw some tofu soaked in hot sauce on a stick, cover it in dirty rice, fry it*, and then drizzle remoulade all over it? You get the masterpiece that is the Vegan Jambalaya on a Stick from Baton Creole. It’s chewy and spicy on the inside, crunchy and fried on the outside, and then finished with a vegan remoulade that pulls it all together.

Baton Creole is a relative new-comer to the vegan-friendly scene on East 6th street, but since showing up a few months ago, they have been turning out one fantastic vegan dish after another. While the jambalaya on a stick is a mainstay on the menu (and my personal favorite), there are also rotating specials which are often vegan friendly, that have been killer as well. The Vegan Crab Cakes with a side of Okra Creole were to die for, and the Vegan French Onion Soup fulfilled a personal goal of mine to find a legit veganized French onion soup. 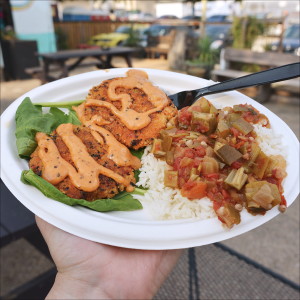 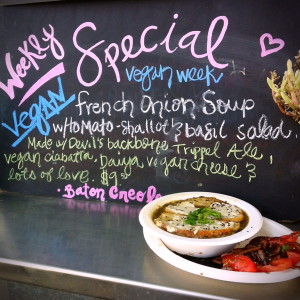 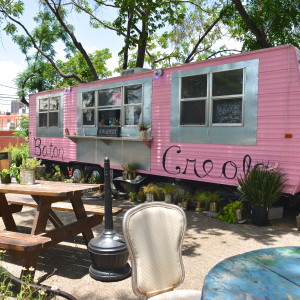 You can find this adorable pink trailer at the food court at E 6th street and Waller. If you weren’t already excited enough, the vegan special this week is panko crusted eggplant on top of a bed of bowtie noodles tossed in a creamy cashew & almond sauce with roasted red peppers & hearts of palm! Love creole food? Let them know your favorite dishes that you’d like to see veganized. Lynzy, the owner, is super sweet and always looking for suggestions. I’ve heard there might be some vegan gumbo and beignets specials in our future!

* FYI: Baton Creole uses a communal fryer, so if that doesn’t work for you, look out for one of the non-fried rotating specials which are cooked on dedicated-veg equipment.