[ Editor’s note: Food trailers open up, close down, or move locations fairly regularly. This post has been moved to the guides section, which we periodically update as things change, so go to the Red Hot Vegans Guide to Austin Vegetarian and Vegan Food Trailers for the most up-to-date listing. ]

Having spent the majority of my life in Pennsylvania, the concept of food trailers was foreign to me until I moved to Austin 2 years ago. Since then, I have grown to love food trailers for two reasons: 1) they offer aspiring business owners a goal more easily obtained than opening up a brick and mortar and 2) the low overhead cost of trailers keeps food prices affordable for patrons.

Although there has been an explosion of food trailers nationally in recent years, this type of business structure has a few unique requirements to ensure success. Agreeable weather, high population density, and a culture in favor of local business are needed to bring patrons to trailer windows. And Austin has all three to offer.

According to an article on KXAN, the City of Austin has over 1,600 mobile food establishments, but the exact number of trailers is unknown. AustinFoodCarts.com and FoodTrailersAustin.com profile several hundred trailers and their whereabouts in Austin.

Living in such a vegan-friendly town, many food trailers offer vegan and vegetarian fare, even if there’s only one option. While the gesture is much appreciated, today’s post is dedicated to those food trailers that are purely vegan or vegetarian.

Guide to Vegan and Vegetarian Food Trailers in Austin

So, what’s your favorite all-vegan or vegetarian food trailer?

Ch-ch-Changes are a-happenin’ in the Austin vegan scene. This week has been full of announcements: 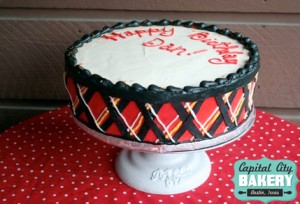 – Capital City Bakery, an all-vegan bakery, has announced that they will be opening a trailer in the Longhorn Food Court (MLK & Rio Grande) next to Conscious Cravings, starting May 1st. Capital City Bakery goods will also be sold at Counter Culture, which should have a grand opening announcement of their own any day now. I’ve had a chance to try Capital City Bakery desserts on many occasions (including my husband’s Scottish themed, holiday nog flavored B-Day cake), and I can tell you that this this trailer is going to be the bestest, most awesomest thing to happen to Austin in a long time!

– New vegan food trailer, Vegan Nom, is opening soon on North Loop in Counter Culture’s old location. They’re set to have their launch party on Sunday, April 29th – the same day the World Wide Vegan Bake Sale is being held at MonkeyWrench Books, just a couple of stores down. Come on out and check out this new trailer, and grab some baked goods to raise money for Sunny Day Farms!

– Straight from the Community Impact Newspapers site, we’ve got new Tarka and Steeping Room locations to look forward to. The new Tarka is scheduled to open in May at 2525 W. Anderson Lane. The new Steeping Room will be located at 4400 N. Lamar Blvd, but there is no mention of a timeframe – let’s hope it’s soon, because The Steeping Room deserves so much more than the mall location it currently resides in. 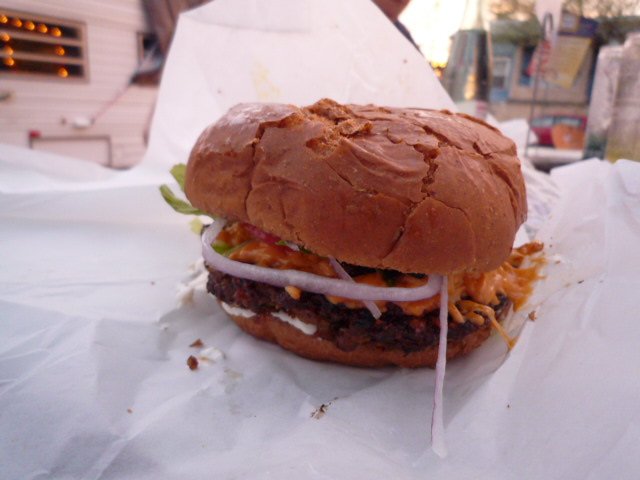 – My favorite vegan bac’n cheezburger has found a new home at Cheer Up Charlies! Arlo’s signed a lease this week, and should be completing their move very soon. Vegan bar + vegan food cart = match made in heaven!

– Vegan Yacht has found a new home in the Soular Food Garden lot, on 12th and Waller, starting Tuesday, April 10th. They also promise a new menu to go with the new location, and service all day long – including vegan breakfast! I can’t wait to try their new stuff. 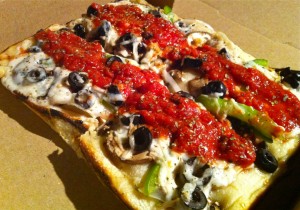 – More East Austin news: Did anyone know you could get vegan pizza at Via 313 Pizza on 6th and Waller? I sure didn’t. It’s Detroit style pizza (whatever that means), and they use Follow Your Heart, which already makes it stand out from the sea of Daiya pizzas here in Austin. There’s also new vegan options across the street at Fire & Soul – including the fried avocado and battered and fried vegan hot dog (fried in a dedicated veg fryer). You can also find Handshakes – the place with the amazing vegan shake options – in this same lot. They just moved here from the Cheer Up Charlie’s next door, and I’ve got it on good authority that they are planning a new larger, more vegan friendly menu. Oh, East 6th trailer food, how I do love thee!