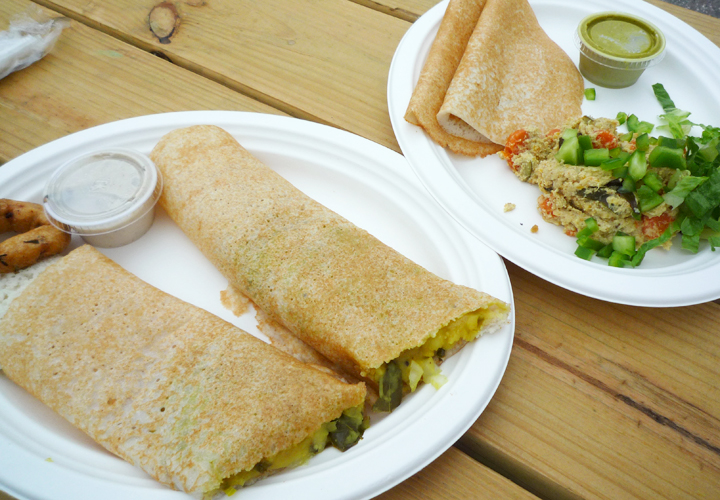 – Nomad Dosa has announced that they are moving to South Congress! Their new address, 1603 S. Congress, is in the same food truck lot as vegan-friendly Hey Cupcake! They’ll be at their new location by May 19th with new hours of operation: Monday-Sunday, 11:30 am-8:30 pm. I can’t wait to be able to run around SoCo and grab a dosa for dinner and a cupcake for dessert!

– ATX Vegan Drinks last Friday was a blast. It was great to see so many new faces. We’ve got pictures of the event up in our gallery. Our next event is in the works, so stay tuned for details. 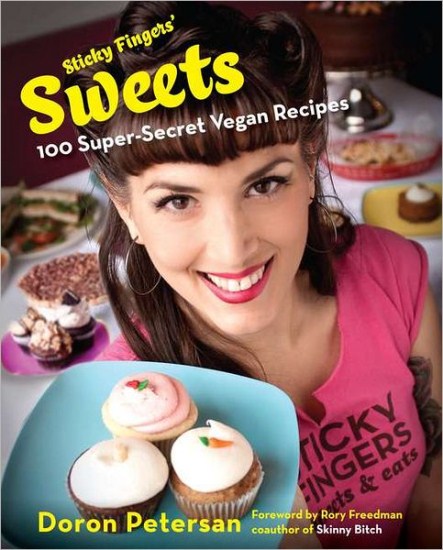 – Doron Petersan, of Sticky Fingers Bakery and Cupcake Wars fame will be at MonkeyWrench Books on Sunday, May 20th for a book signing of her new book, Sticky Fingers’ Sweets: 100 Super-Secret Vegan Recipes. There will be a vegan dessert potluck at 6pm and the book talk/signing will start at 7pm. With recipes for everything from cupcakes and cookies to cheesecake and biscotti, I can’t wait to get my hands on a copy.

– I’ve always wanted to go on a cruise, but the idea of being stuck on a boat, without decent vegan options, sounded more like my worst nightmare than a vacation. The all-veg “Holistic Holiday at Sea” cruise has been around for a a while now, but now there is another decent veg option just announced from Holland America. Their entire line of cruise ships has added an all-vegetarian menu (with vegan options) to their main dining rooms. Hopefully, this will be a trend that continues to all the other cruise lines. 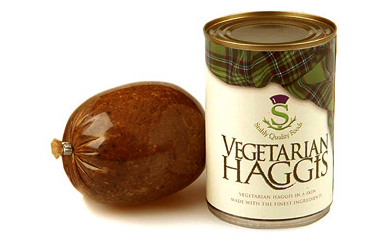 – VegNews has created a round-up of some of the oddest products ever veganized, including caviar, duck, foie gras, and haggis. This list caught my attention, as I have had a can of vegan haggis sitting in my kitchen for months now, which I have been hesitant to try. Growing up, I wasn’t the most adventurous eater, but as a vegan, I’ve been trying to open myself up to new foods. How many of these unique products have you tried?