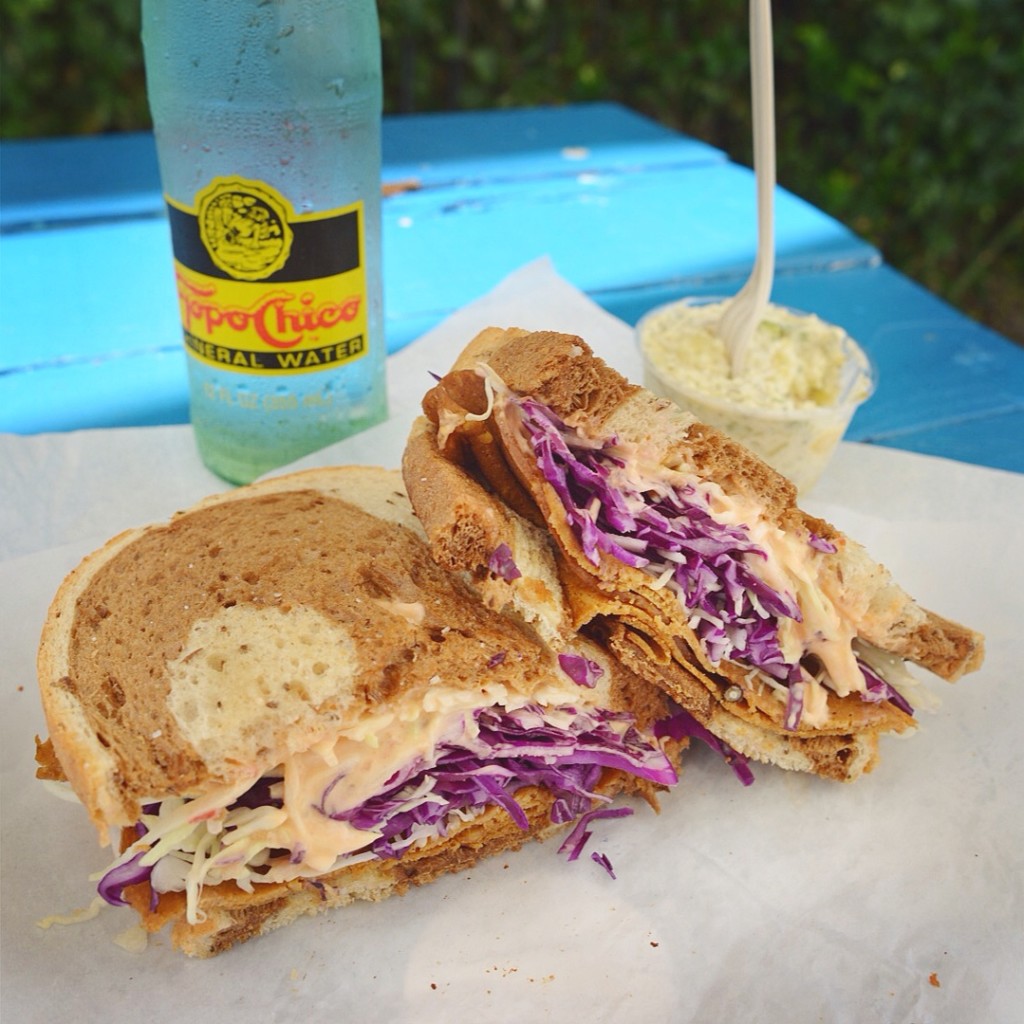 The Harvey Pekar Reuben from Shhmaltz is one mean sandwich. Starting from the inside out, the finely chopped fresh cabbage lends a satisfying crunch to every bite, nicely complementing its neighbors: a rich vegan chipotle Russian dressing slathered on top, and a homemade seitan pastrami folded in layers forming the base of the Reuben. The pastrami is really something: sliced paper thin with just the right amount of seasoning, it’s everything you could hope for in a deli sandwich. Last, and certainly not least, the fresh grilled marbled rye bread completes the picture, making this sandwich an instant classic that you’ll want to enjoy again and again.

For us, the Reuben is the shining star in Shhmaltz’s menu of sandwiches (all of them named after famous writers and artists), but there are plenty of other great options, like the Helen Frankenthaler Falafel wrap, which uniquely features falafel balls that are grilled instead of deep-fried. The potato salad is a great addition to any sandwich – the tender potatoes drowning in creamy vegan dill mayo. Mostly everything at Shhmaltz is made from scratch: from the pastrami, to the pickles, even the kombucha is home brewed, which should give you an idea for the level of dedication that goes into everything on their menu. 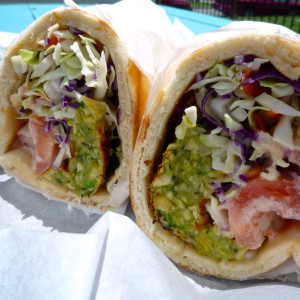 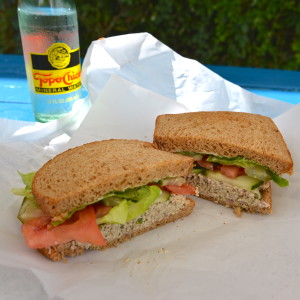 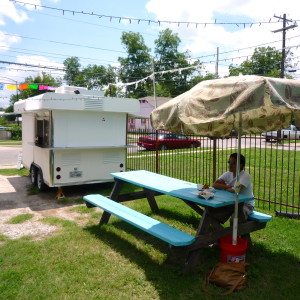 Once you get over the hilarious (and intentional) irony that an all-vegetarian food trailer is called “Schmaltz“, look for them tucked behind Farewell Books on East Cesar Chavez at San Marcos Street. The trailer is not visible from Cesar Chavez, so watch out for the sidewalk sign that says “DELI”, which ought to point you in the right direction. Once you’re there, place your order, then sit down at one of the bright blue picnic benches and nosh on the traditional offerings with an Austin twist from this little Jewish delicatessen on wheels.